PG&E’s Inability to Adapt to our New Climate Puts the Onus on Us
Written by Travis Hill
October 31, 2019

Pacific Gas and Electric must undoubtedly be feeling the heat these days. It’s easy to lose track of how many of California’s most deadly and destructive wildfires in recent years were sparked by the company’s faulty equipment and failure to properly monitor their distribution lines (hint: to date, it’s over half of them since 2015). Filing for bankruptcy in early 2019 amidst a tidal wave of lawsuits alleging culpability in the ignition of these fires certainly hasn’t helped their ability to invest in safer infrastructure to prevent future fire danger. 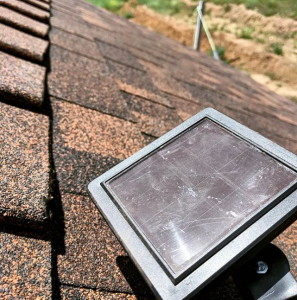 Faced with the current fire season’s record-breaking wind gusts, heat, and low humidity, the utility now finds itself backed into a corner with only one option to mitigate their liability: to shut the whole thing down. Even the implementation of this nuclear non-option, to temporarily shutter their operations and turn the power off for over 3% of the state of California and “hope for the best” hasn’t done much to help their cause. A faulty PG&E transmission tower in Sonoma County is the suspected cause of the Kincade fire, to date the most destructive wildfire of this season, prompting the largest evacuation of residents in the county’s history. Not only has PG&E disrupted the lives and local economies of 1.3 million California residents, in many cases for several days on-end, but in doing so, they haven’t even achieved their goal of mitigating their propensity to start wildfires.

All that said, this article is not meant solely as a rebuke of the beleaguered utility provider, but instead to invite readers to take a clear-eyed view of the options we as individuals and communities have in thinking about the future landscape of our power infrastructure. The question is not whether PG&E is to blame for the largest and most deadly wildfires of our time. We have no choice but to accept that and move onto the more productive question: what can we, in our local communities, be doing to create more resilient power solutions for ourselves in the face of new and evolving climate conditions?

PG&E CEO Bill Johnson recently admitted in a statement to state regulators that California can expect similar blanket outages to occur regularly during wildfire season for the next decade or more, as the utility is forced to make the necessary upgrades to its systems. I’d like to offer an alternative vision for California: what if PG&E didn’t exist 10 years from now? What if, over the next decade, instead of trying to retrofit thousands of miles of outdated transmission lines and decades-old infrastructure, we as communities and municipalities begin to make our own localized investments in decentralized, community owned and operated alternative energy solutions?

Microgrids, or small-scale power grids that can operate independently or collaboratively within a network of other small grids, are becoming an increasingly attractive alternative to the highly centralized power distribution systems that utility companies like PG&E rely on. Centralized systems send extremely high voltages long distances over aging transmission lines to be distributed to households. This scenario spells disaster, particularly in dry rural areas of California, where one errant gust of wind can sever a line, sparking a wildfire that can burn tens of thousands of acres within days. 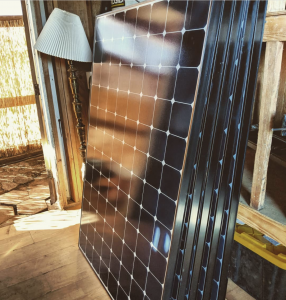 Going even further, our state and local governments can and should be encouraging more residents to go off-grid entirely for their power needs. The initial investment in a residential solar system with an appropriate battery backup system is in steady decline; a residential solar system installation in California can pay for itself in as little as 6 years, and save homeowners up to $20,000 over the lifetime of the system. This decline in cost makes for an easier calculation for California residents, especially factoring in the protection from the increasing possibility of multiple-day power outages during fire season. As more individual households move toward energy self-sufficiency, the overall load on PG&E’s centralized distribution system will inevitably decrease, reducing the state’s wildfire risk.

By cutting the cord, decentralizing the state’s sources of energy and empowering individuals and communities to generate their own energy using alternative sources like wind and solar, we also greatly cut down on our state’s wildfire risk. A microgrid providing energy to a community or municipality may send power on a distribution line of 10 or 20 miles, instead of hundreds or thousands of miles. This vast reduction in distance also greatly reduces the required transmission voltage, ultimately reducing the probability of equipment failure, as well as the number of possible ignition points for a wildfire.

We Californians are acutely aware of the existential threat that our changing climate poses to us. Adaptation to these changes is paramount to our survival in this state. PG&E has demonstrated time and again that it is not up to the task of adapting its systems to provide our power needs in this changing environment, instead opting to “shut it all down” when the going gets tough. If PG&E isn’t up to the task, it’s ultimately up to us, at the individual and community levels, to forge ahead, and make the necessary and worthwhile investments in a safer decentralized energy future that our utility provider hasn’t and won’t make.

Travis Hill is a co-founder, and Executive Director of Finance for Terra Cultura. He has considerable experience in startup business management, as a founding member of the senior management team for a music tech startup company.